Message on the International Day of Commemoration in Memory of the Victims of the Holocaust 2022 by the UN Secretary-General, António Guterres.

Today we remember the six million Jewish men, women and children who perished in the Holocaust, the Roma and Sinti, and the countless other victims of its unprecedented horror and calculated cruelty.

The Holocaust defined the United Nations.

Our very name was coined to describe the alliance fighting the Nazi regime and its allies.

Our Charter was drafted in San Francisco as the Dachau concentration camp was liberated.

The United Nations must always be on the frontline of the fight against antisemitism and all other forms of religious bigotry and racism.

Today, we witness an alarming resurgence of xenophobia and hate.

Antisemitism – the oldest and most persistent form of prejudice – is rising yet again.

Attempts to downplay or downright deny the Holocaust are proliferating.

No society is immune to irrationality or intolerance.

We must never forget that the Holocaust could have been prevented. The desperate pleas of the victims fell on deaf ears. Too few spoke out, too few listened – fewer still stood up in solidarity.

Remembering the past is crucial to safeguarding the future.

Silence in the face of hatred is complicity.

Today, let us commit to never be indifferent to the suffering of others, and never forget what happened or let it be forgotten by others.

Let us pledge to always be vigilant and uphold human rights and dignity for all. 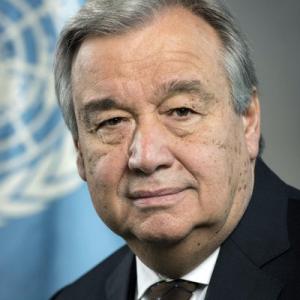