Lack of schooling road to disaster

The Sustainable Development Goals in Thailand

With 21 United Nations entities represented in Thailand, our work encompasses all of the SDGs. The United Nations Country Team supports activities with particular focus on the following goals: SDG1.3 on expanding the reach of social protection; SDG 3.4 tackling non-communicable diseases; SDG 4.1 education for all, with a focus on migrant children; SDG 5.5 advocacy for greater participation of women in political decision making; SDG 8.3 support to small to medium-sized enterprises and youth innovation; 10.2 inclusion of marginalized groups, particularly the LGBTI community; SDG 10.7 migration governance; SDG 13.2 climate change strategies at national and local level; SDG 16.1 supporting social cohesion to end violence in southern Thailand; SDG 16.9 advocacy and support to end statelessness; SDG 17.7 partnerships with private sector for sustainable development; and, SDG 17.9 the sharing of Thailand’s experience and best practices through South-South exchanges.
sdg-1
sdg-2
sdg-3
sdg-4
sdg-5
sdg-6
sdg-7
sdg-8
sdg-9
sdg-10
sdg-11
sdg-12
sdg-13
sdg-14
sdg-15
sdg-16
sdg-17
Learn more
Story
15 October 2021
IOM and SEI launch new research on how climate-related migration drives forced labour
Bangkok, Thailand – This month, the International Organization for Migration (IOM) launched a ground-breaking research project with the Stockholm Environment Institute (SEI) looking at how climate change and environmental degradation heighten the risks of forced labour and human trafficking in international supply chains. This is the first research aiming to identify how business, civil society and states can work together to promote safe, orderly and regular labour migration as an adaptation strategy to climate and environmental change in Asia and the Pacific. “Little is still known about how environmental factors influence the risks of modern slavery. The problem is not new, and among all sectors, agriculture is particularly at risk due to the irregularity and seasonality of employment patterns,” said Ms. Geraldine Ansart, Chief of Mission at IOM Thailand. “Agriculture is also among the most impacted by environmental change causing droughts or flooding,” she added. South and South-East Asia are some of the most disaster-prone areas in the world. The impacts of climate related disasters, exacerbated by socio-economic inequalities, lead to loss of access to water, food, shelter and livelihoods. As people migrate to escape these impacts, they become increasingly vulnerable to human and labour rights abuses during their journeys. The IOM-SEI study will focus on agricultural sectors in Malaysia and Thailand, which are reliant on the employment of migrant workers, and which contribute around seven per cent to the national GDPs. In Malaysia, specifically in the palm oil sector, migrant workers account for 80 per cent of the plantation workforce. Thailand employs 430,000 migrant workers in its agricultural sector, especially on the sugarcane, rubber and palm oil plantations. Despite their contributions to national economies, migrants remain vulnerable to exploitation. Unethical recruitment practices, lack of proper documentation such as work or stay permits, lack of written employment contracts, seasonality and daily work, non-payment of wages, long working hours, lack of coverage under the national social security schemes, and unsafe working and living conditions are among the most prevalent risks facing migrants employed in agriculture. During COVID-19 these challenges have often become even more prevalent. “Businesses and states have a responsibility to protect and respect human and labour rights of all stakeholders including migrants, as laid out in the United Nations Guiding Principles on Business and Human Rights (UNGPs) and the Global Compact for Safe, Orderly and Regular Migration (GCM),” Ms. Ansart said. “This study will help them to understand how to mitigate the impacts of environmental change on the likelihood of migrant workers accepting exploitative jobs,” she added. To be launched in the fourth quarter of 2022, the findings of the study will inform relevant policy makers and businesses in Malaysia and Thailand on measures required to better protect migrant workers in agricultural supply chains through promoting safe, orderly and regular migration. Dr. Sara Vigil, Research Fellow at SEI, stressed that businesses efforts to uphold environmental and human rights are crucial in achieving a more equitable and liveable planet. “Correcting damaging business practices, while leveraging and upscaling promising ones, is an important step in that direction,” Dr. Vigil added. This initiative is part of IOM’s Corporate Responsibility in Eliminating Slavery and Trafficking (CREST) initiative, a regional partnership that aims to realize the potential of business to uphold the human and labour rights of migrant workers in their operations and supply chains. About the Stockholm Environment Institute (SEI) The Stockholm Environment Institute (SEI) is an international non-profit research and policy organization that tackles environment and development challenges. SEI Asia in Bangkok plays a key role in fulfilling SEI’s mission to bridge science and policy to help advance sustainable development, through research, capacity-building, and engagement with stakeholders. For more information, please contact Ms. Panitee Nuykram at pnuykram@iom.int or Ms. Evie van Uden at evanuden@iom.int  Original article published on IOM Thailand.
Read more
1 of 5
Story
01 October 2021
UNODC sets an example for women in Southeast Asian law enforcement
Bangkok (Thailand) and Hanoi (Viet Nam) - Law enforcement agencies in Southeast Asia remain heavily male-dominated organizations. A report published in 2020 by UNODC, UN Women, and Interpol found that women make up between 6% and 20% of law enforcement officers in the region, falling well short of gender parity. UNODC and its partners are encouraging police forces in Southeast Asia to better reflect the diversity of the communities they serve.

Despite important contributions, women face barriers to meaningful inclusion in policing in Southeast Asia. Ta Thi Bich Lien, UNODC Programme Officer, attributes this to traditional gender roles: “stereotypes prevent women from pursuing careers in law enforcement because it is seen as dangerous and difficult. This limits opportunities for us to work in policing.”

Significant inequities also persist between female officers and their male colleagues, with women often placed in administrative positions instead of in decision-making roles or as first responders. According to Valentina Pancieri, UNODC Regional Programme Coordinator and a former police officer, “equality is about more than achieving a gender balance. Women should be well represented at all ranks to meet people’s needs.” Women’s participation in law enforcement improves police services and enhances operational effectiveness. UNODC has found that agencies with more representative workforces benefit from higher levels of trust from the populations they serve. Felipe De La Torre, UNODC Regional Programme Coordinator, has remarked that “female first responders are better equipped in certain circumstances, particularly to female victims of trafficking, domestic abuse, and sexual violence who feel they can confide in them. UNODC is working with its partners to support female officers and encourage more women to join their ranks to help improve justice outcomes.”

Recognizing the importance of equality, UNODC is prioritizing achieving gender parity through its programming and within its own ranks. The Southeast Asia Border Management Programme has a gender-balanced team, and in Thailand and Vietnam Programme Officers Suchaya Mokkhasen and Ms. Lien set an example for governments and other UN agencies. According to Captain Ta Viet Duong of the Vietnam People's Police Academy (PPA), “the representation of women in UNODC is well-regarded by the PPA and plays an important role in encouraging gender equality in policing.”

Ms. Lien and Ms. Mokkhasen receive a warm reception from counterparts they work with, but at the same time they have noticed that women are treated differently in law enforcement circles. Both often travel to distant border crossings which are almost exclusively patrolled by male officers. Ms. Mokkhasen has found that “as a woman, I am not ‘supposed’ to travel to remote areas. Officers are often surprised when I follow them onto a muddy riverbank, but I do so and show that women can work in frontline areas alongside men.”

Ms. Lien and Ms. Mokkhasen also stress the importance of women supporting each other in the workplace. By sharing knowledge with junior staff, senior female officers make law enforcement agencies more inclusive. Major Mac Xuan Huong of the Vietnam People's Police Academy has dedicated her career to the protection of women and girls: “as a young woman I aspired to join the police. Now, I share my experience and skills with a new generation of female and male officers as an instructor in an effort to prevent crime, human trafficking, and sexual abuse.”
The examples set by female mentors are important to women at the beginning of their careers. When Ms. Mokkhasen worked for the Thai Department of Special Investigations before UNODC there were few women in operational positions or at the decision-making level: “young women want to pursue careers in law enforcement, but they will not choose to if they do not see an upward path. Keep a positive spirit and be confident, and you will make a good impression.”

The increased digitalization of society, compounded by the COVID-19 outbreak, has contributed to a recent 600% rise in cybercrimes in Southeast Asia. Within this rise, ransomware has skyrocketed to become the most prominent malware threat.

Ransomware is a malicious software that, once gaining access and being installed on your device, will encrypt all the data and require a ransom to be paid to return access to the data. Unfortunately, paying the ransom does not in any way guarantee access will be granted to the data. Experts estimate that ransomware attacks will globally occur every 11 seconds, resulting in total damage costs of US$ 20 billion in 2021.

These trends are being driven by an increase in the number of available targets, as well as the perception of cybercrime as highly profitable with a relatively low risk of detection. The criminals target not only the individuals, but increasingly focus on critical national infrastructure and business of all sizes in both the private and public sectors.

The significant threat of ransomware, known to disrupt essential services such as (public) healthcare, schools/colleges, finance, insurance, government functions and critical infrastructure, has become a serious global concern and a matter of national security for numerous countries around the world. In September 2021, a Malaysian web-hosting service was the target of a ransomware attack demanding US$ 900,000 in cryptocurrency. In May 2021, four subsidiaries of an international insurance company in Thailand, Malaysia, Hong Kong and the Philippines were hit by a ransomware attack asking for US$ 20 million. Similar attacks also took place last September in Thailand, where computer systems and data of several hospitals, companies and organizations were encrypted and blocked.

As a response to this significant and rising threat, the training developed by UNODC focused on strengthening Member States’ ability to effectively investigate and prosecute ransomware and other financially-motivated cybercrimes, including cryptocurrency-enabled crime. Improved information sharing among jurisdictions to foster public-private partnerships was also addressed.

“Ransomware attacks have skyrocketed in the past years, increasingly targeting critical national infrastructures, disrupting business processes, and compromising vital data that they require to function. There needs to be a collaborative and coherent response to these threats, and UNODC has been working closely with Member States to strengthen their national and cross-border operational capacity to respond to ransomware”, said Mr. Alexandru Caciuloiu, UNODC Cybercrime and Cryptocurrency Advisor for Southeast Asia and the Pacific.

The training was funded by the Government of Japan. In addition to this course, UNODC will offer a follow-up regional training course later this year. 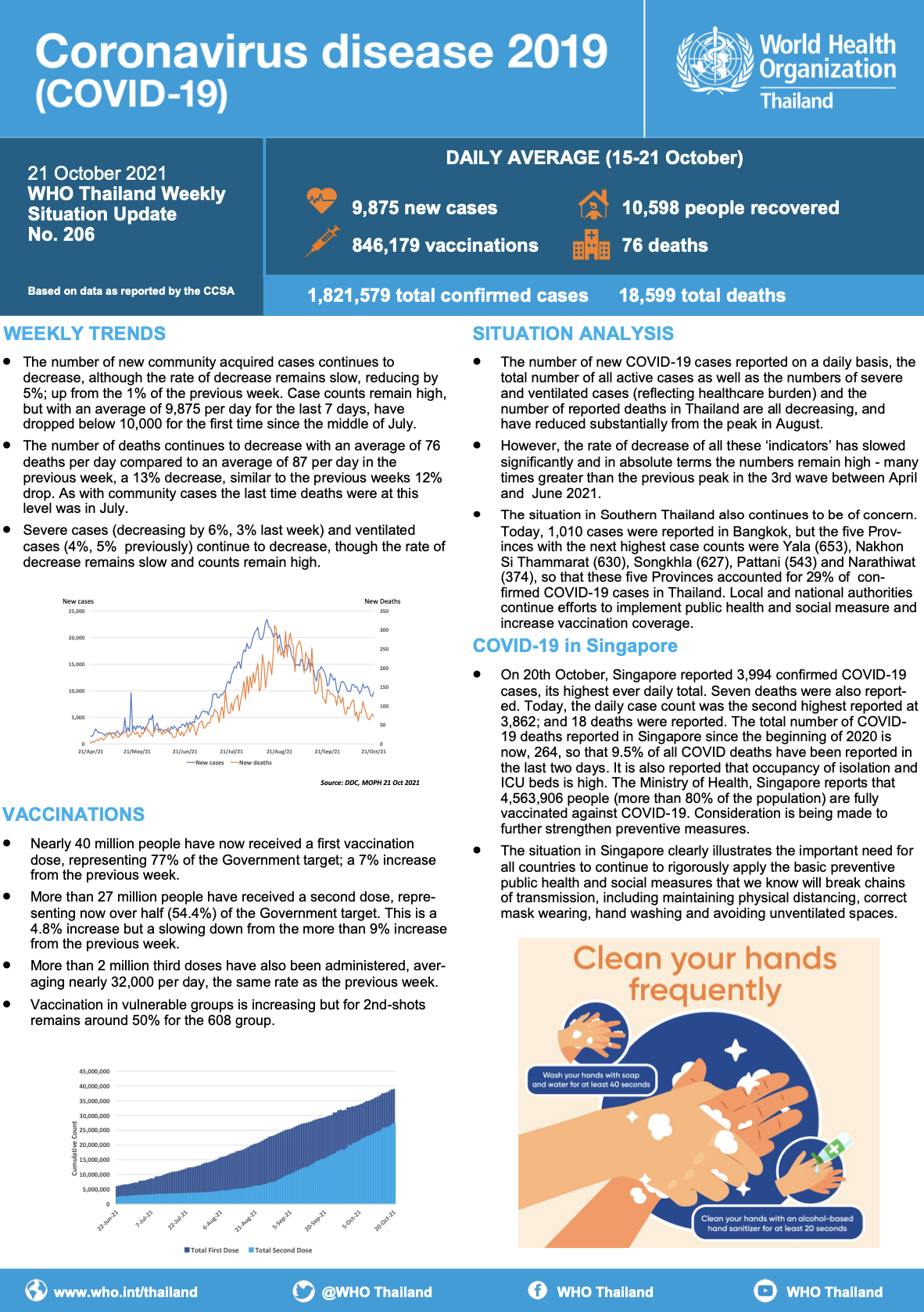 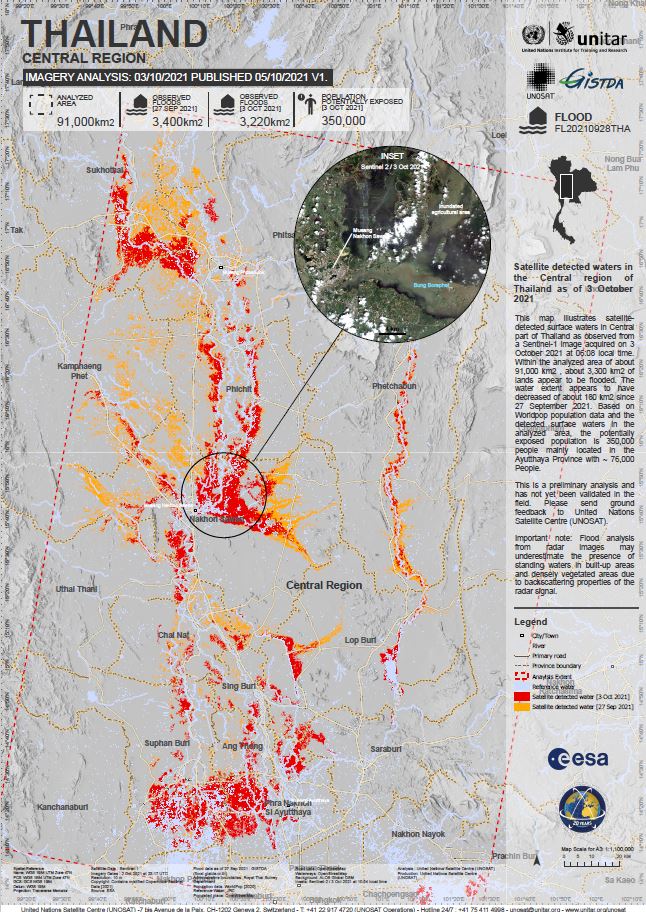 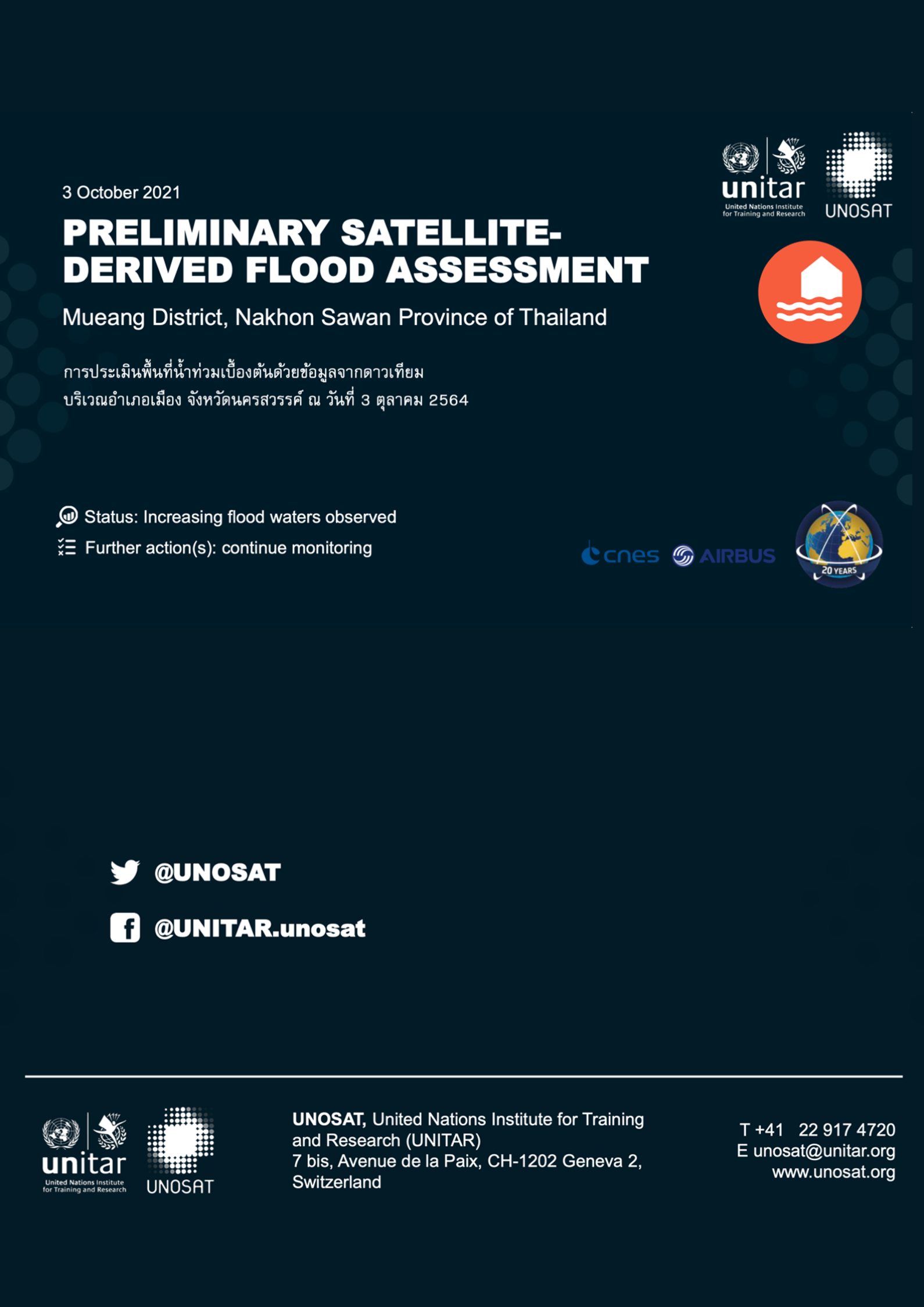 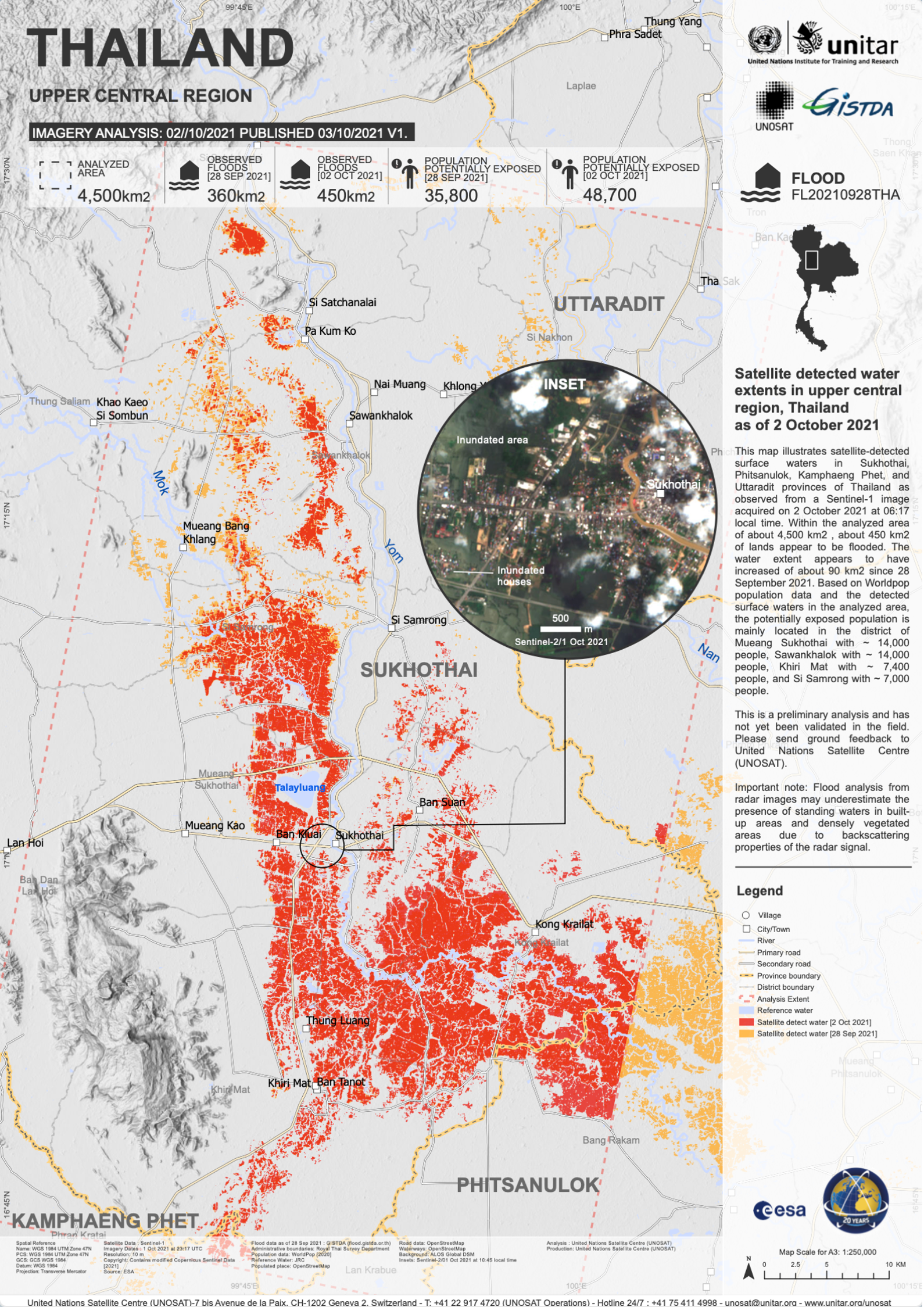 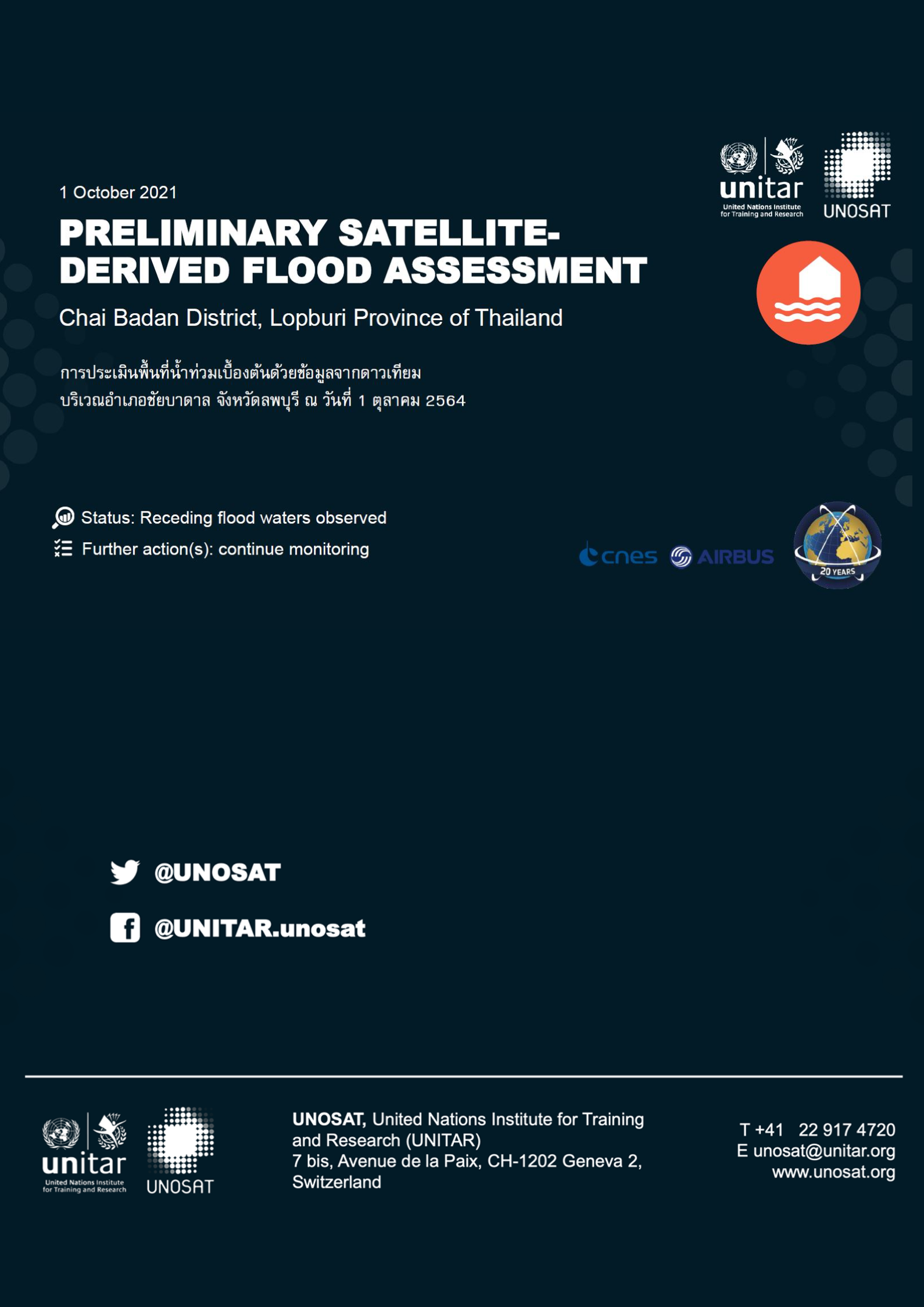 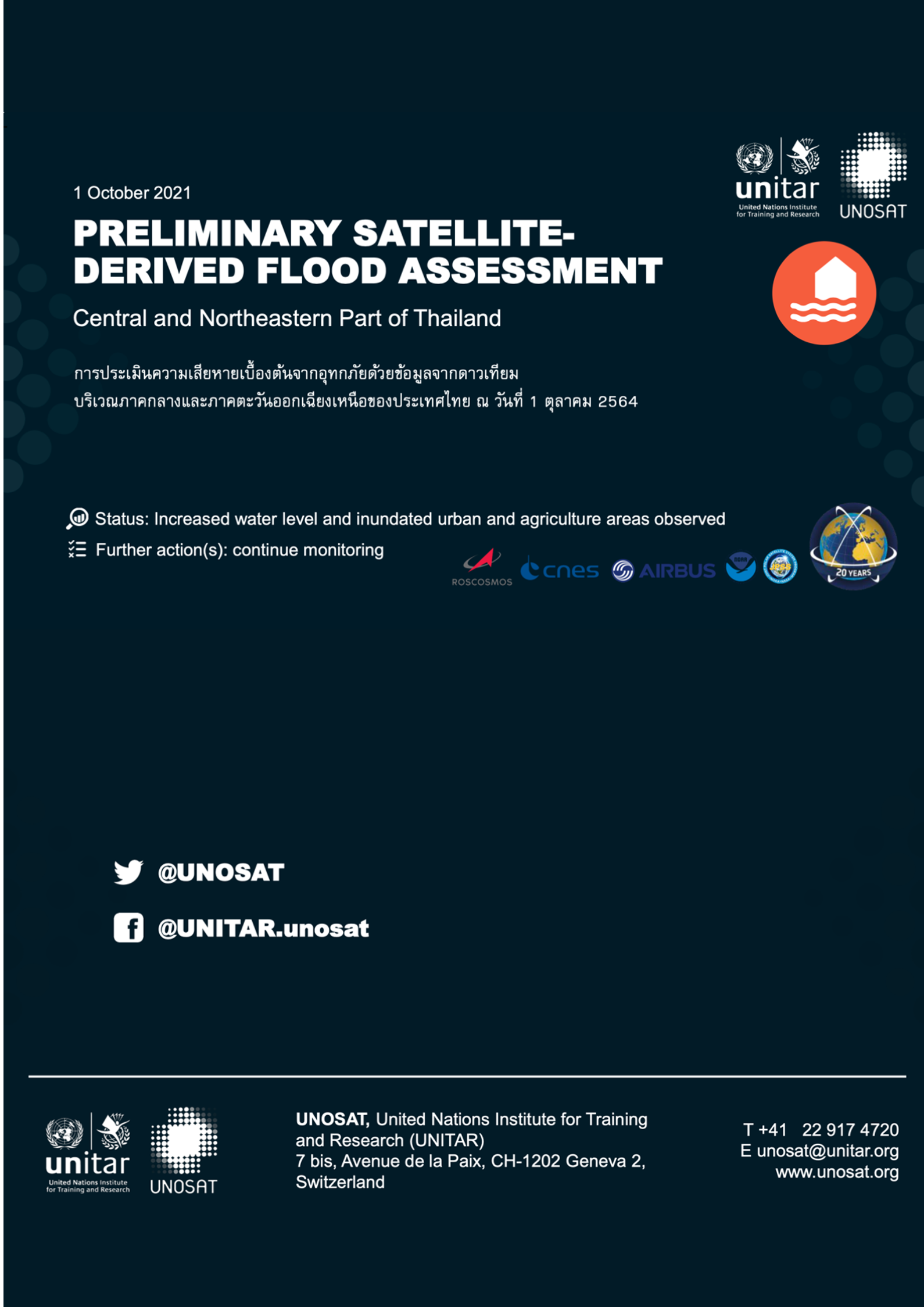 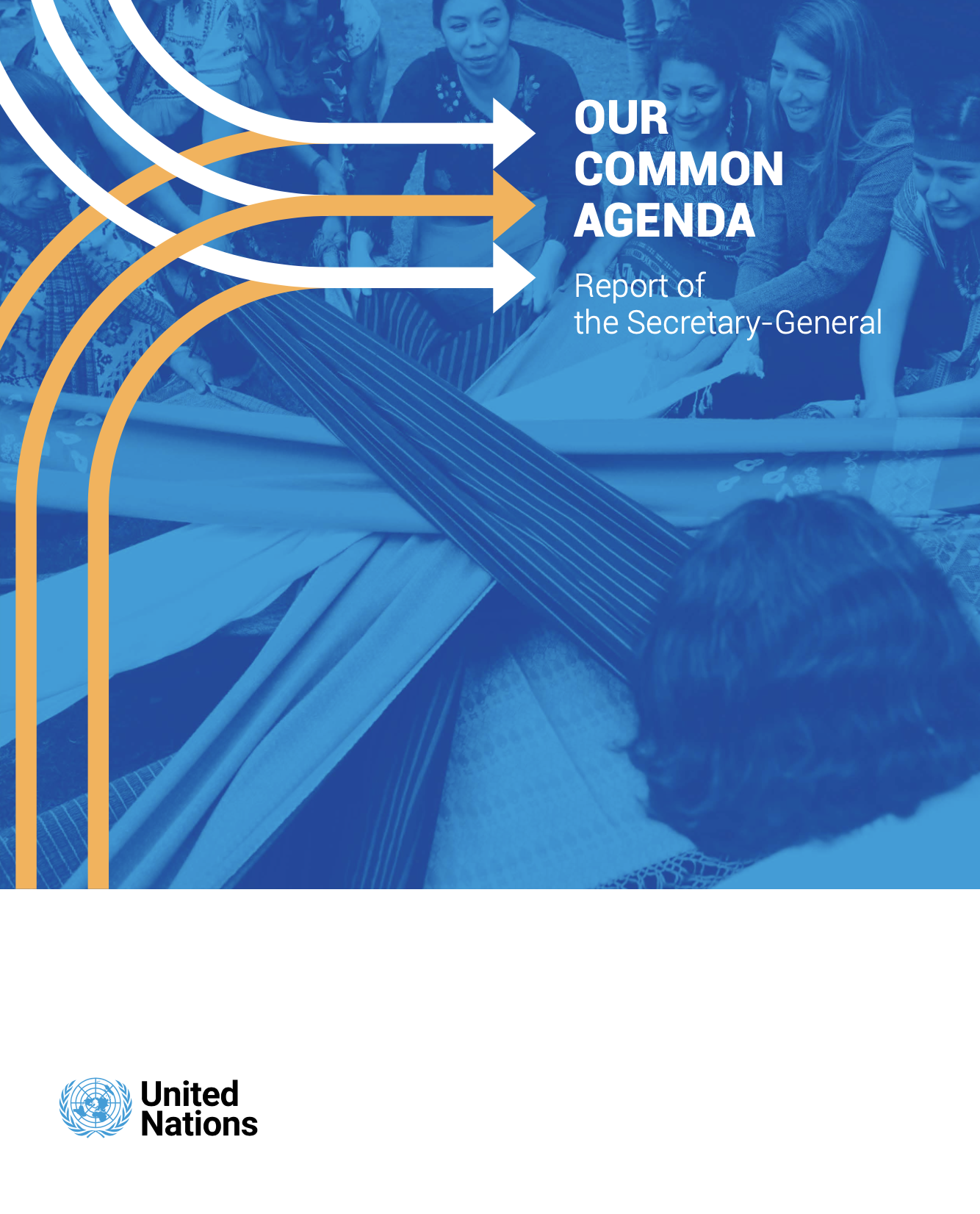 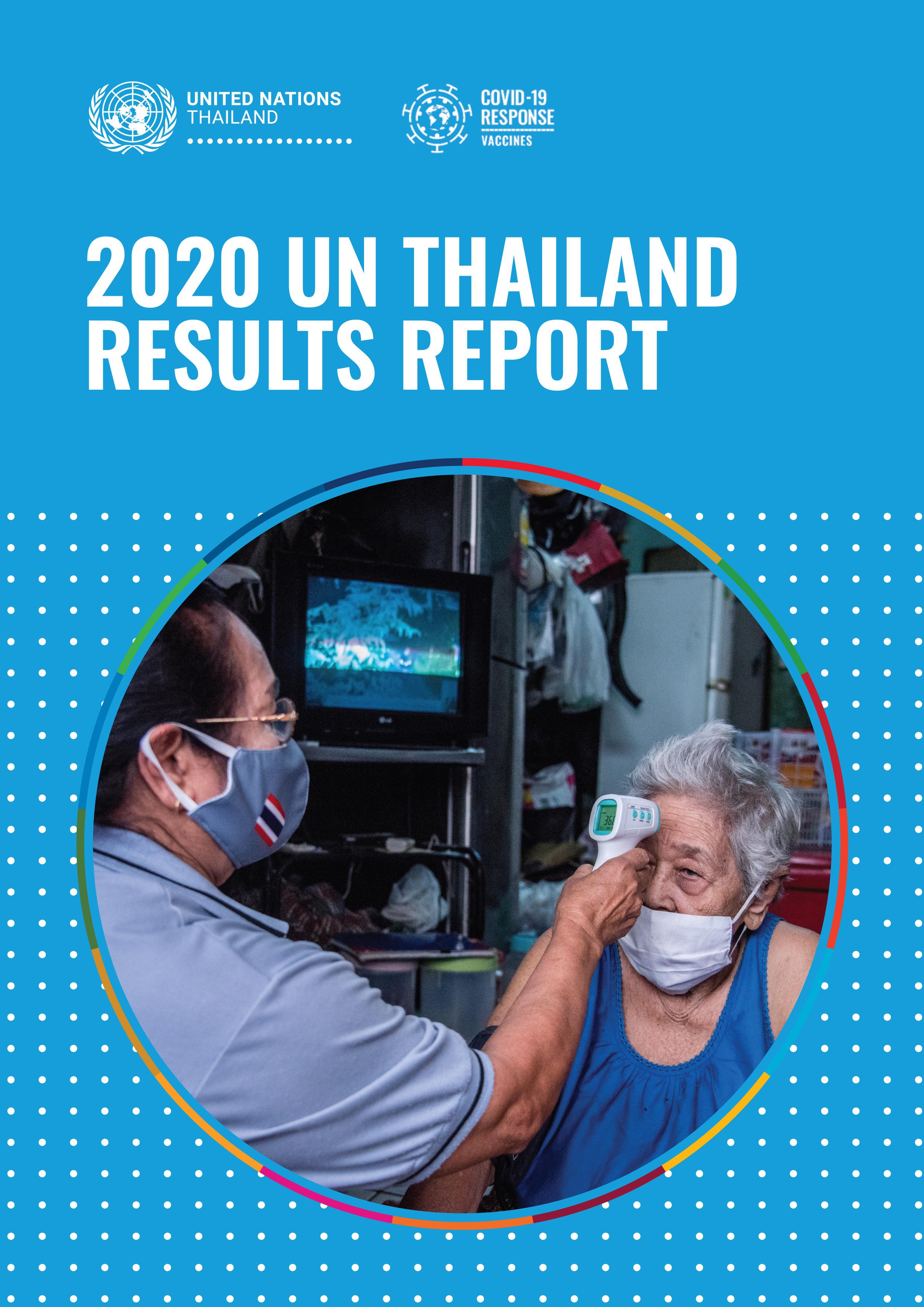 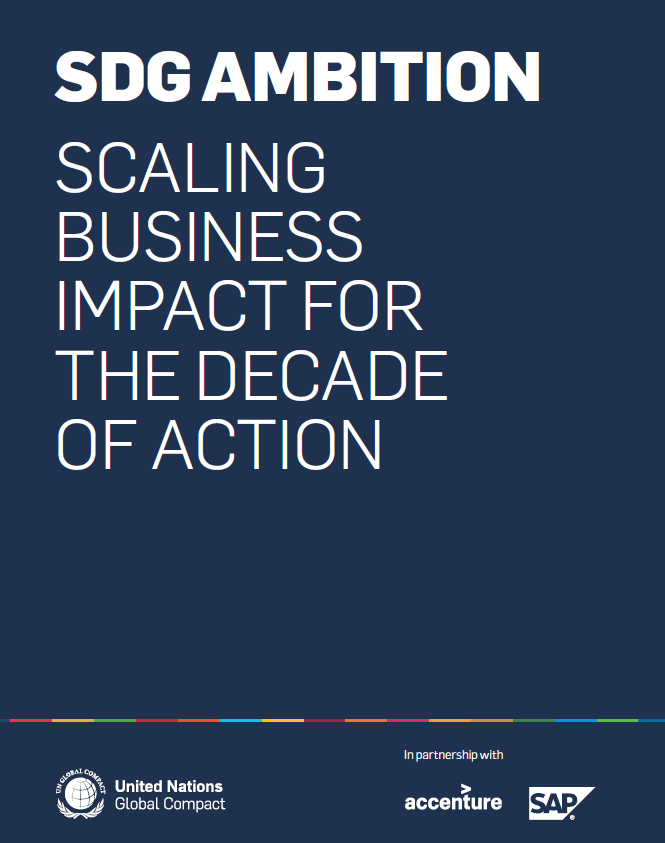 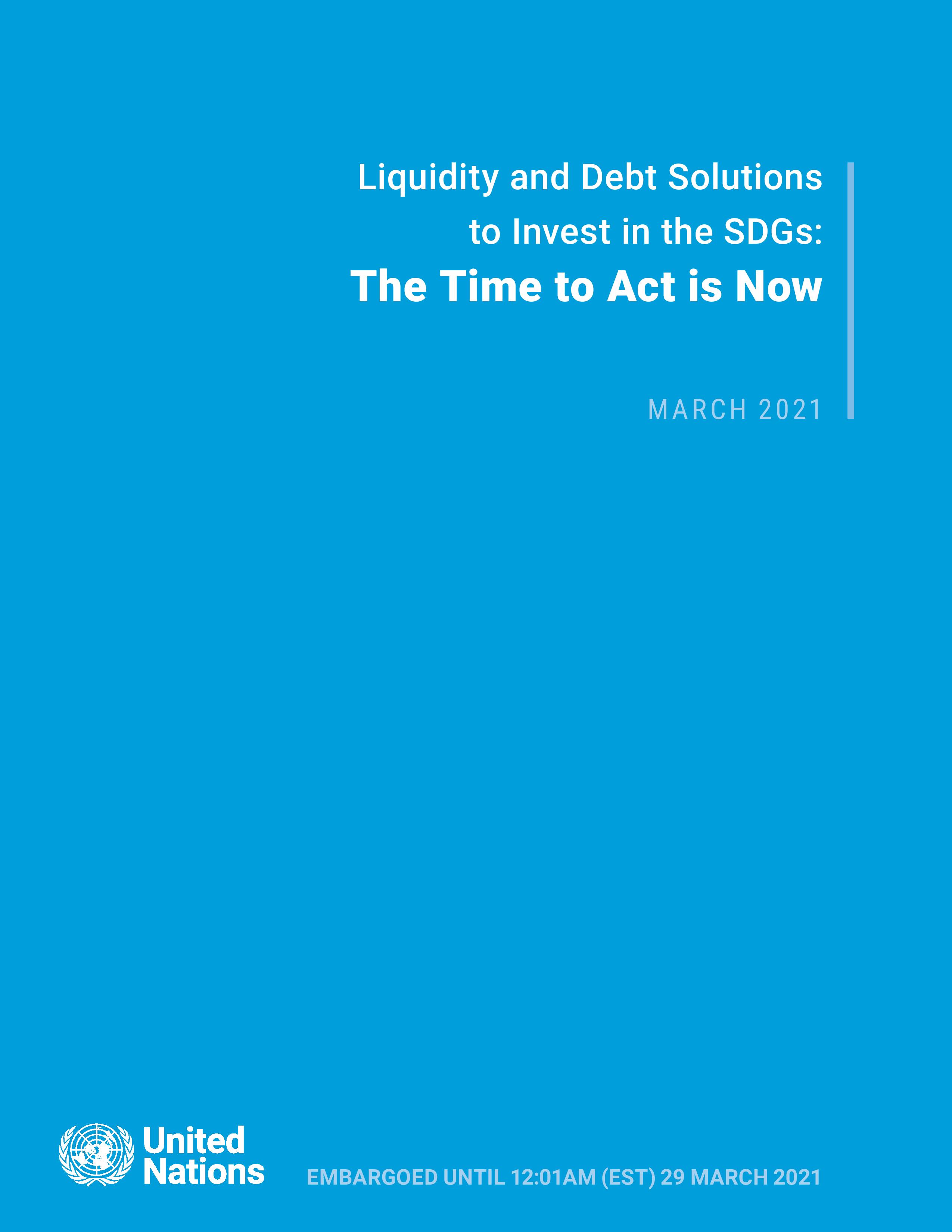