In Thailand, nearly half of them do not receive disability grant and 38 per cent of are out of school.

Released in November ahead of the International Day of Persons with Disabilities on 3 December, UNICEF’s most comprehensive analysis report, Seen, Counted, Included: Using data to shed light on the well-being of children with disabilities, found that 1 in 10 children around the world have a disability. The new global estimate is higher than previous estimates as it is based on a more inclusive understanding of disabilities, which considers difficulties across several domains of functioning, as well as symptoms of anxiety and depression.

“Children with disabilities are among the most vulnerable groups in every society and have the fewest opportunities in every aspect of life,” said Kyungsun Kim, UNICEF Representative for Thailand. “Facing stigma and discrimination, they are less likely to attend school, access health services or have their voices heard. Their disabilities also put them at a higher risk of abuse, neglect and exploitation. This must change because no child should be left behind.”

Data on children with disabilities is often limited and underestimated. In Thailand, the National Statistical Office (NSO), with technical support from UNICEF, used the Child Functioning Module developed by the Washington Group and UNICEF for the National Disability Survey in 2017, which for the first time collected information on the characteristics of disabilities for children aged between 2 and 17.

According to the 2017 survey, nearly 140,000 children in Thailand live with some form of disabilities. Most of them live in poor households. About 38 per cent are out of school; 27 per cent do not have access to health promotion services and 4 per cent do not have access to medical treatment when they are sick. In addition, nearly half of them are not registered with the government and do not receive a monthly disability grant.

UNICEF’s new global report includes data from 42 countries and covers more than 60 indicators of child well-being – from nutrition and health, to access to water and sanitation, protection from violence and exploitation, and education. Compared to children without disabilities, children with disabilities are:

Disability experience also varies greatly, depending on the type of disability, where the child lives and what services they can access. For example, out-of-school rates are higher among children with multiple disabilities, and disparities become more significant when the severity of the disability is taken into account. This highlights the importance of designing targeted solutions to address inequities.

UNICEF is calling on the government and the society at large to provide equal opportunities for children and persons with disabilities, eliminate stigma and discrimination and ensure that they have equal treatment and access to inclusive and quality health and education services as well as assistive technologies. UNICEF also urges the government and civil society to consult children and persons with disabilities andconsider their specific needs when providing health care, education, mental health and protection services.

In Thailand, UNICEF is currently working with the NSO and the Department of Empowerment of Persons with Disabilities to promote quality data on children with disabilities and ensure that children and persons with disabilities have equal access to inclusive and quality services as well as the disability grant they are entitled to.

“Every child with a disability has unique abilities just like any other child,” Kim added. “It is our duty to ensure that children with disabilities are given extra support and opportunities so that they can find their unique abilities, reach their full potential, fulfil their dreams, and contribute meaningfully to the society.” 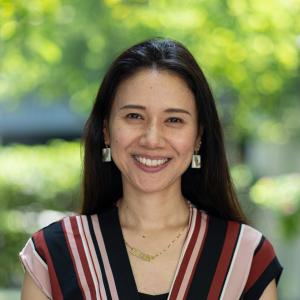