04/11/2022 Bangkok/Rome – Five new sites - a mushroom-growing area in China, a traditional Maya agroforestry system in Mexico, an ancient community linking pastoralists and farmers in Morocco, a diverse mountain agrifood system in Spain and a landscape centred on the buffalo in Thailand - have been formally recognized as Globally Important Agricultural Heritage Systems (GIAHS).

The sites were designated during a meeting of the GIAHS Scientific Advisory Group taking place in Rome this week (2-4 November), just days after the flagship programme of the Food and Agriculture Organization of the United Nations (FAO) marked its 20th anniversary. The selection criteria stipulate that sites must be of global importance, have value as a public good, supporting food and livelihood security, agro-biodiversity, knowledge systems, social values and culture as well as outstanding landscapes.

The Thale Noi Wetland Buffalo Pastoral Agro-Eco-System in southern Thailand is a diversified farming system marked by longstanding interaction between humans and buffaloes. Over the centuries, pastoralism has shaped and conserved the biodiversity and landscapes while buffaloes adapted to survive in this environment where the land is flooded for almost five months during the year. The system involves a range of mutually supportive practices such as animal herding, fishing, water plant cultivation, harvesting of non-timber forest products and tourism. These provide the foundations for local food and livelihood security, biodiversity conservation, and solidarity among local communities.

The Buffaloes, which have a special place in Thai culture, are herded either free-range or using pens where animals are sheltered at night. During the monsoon season, buffaloes are kept in sheds, typically built 1.5 m above ground. Herders lead their animals out to the grazing areas through the flooded fields and bring them back before nightfall. Buffalo husbandry in Thale Noi is characterized by sharing and communal management. The pastoralists also rely on a strong base of expertise in fishing techniques using traditional equipment to boost their food security during the monsoon season, while during the dry season they turn their hands to farming.

Located in the high mountains of eastern China’s Zhejiang province, the Qingyuan Forest-Mushroom Co-culture System (QFMCS) is based on mushroom cultivation going back thousands of years. It is an agroforestry system which focuses on the cyclic use of resources, including a unique forest and mushroom co-culture technique. The forests provide a growing environment and nutrients for edible fungi, which accelerate the decomposition of organic matter in the forests. The decomposition of dead wood in turn increases the nutrients in the forests.

According to government statistics, local farmers derive nearly half their income from mushrooms and the various other products of the QFMCS, making it an important livelihood source. It is also a key fungal resource bank for China, hosting nearly 400 identified species of macro fungi. The mushroom farmers, or Gumin, have lived in mountain forests for generations, creating a unique language, customs and social organizations focusing on cooperation and mutual assistance.

Mexico’s Peninsular Maya milpa is a traditional agroforestry system, based on polyculture that makes for a dynamic living space full of genetic resources. It relies on the sustainable use of biodiversity, with a triad of crops - maize, beans and squash - which are in some places supplemented by Lima beans. Since the system depends on the forest, its conservation has been indispensable and reflects one of the core elements of this GIAHS based on forest-friendly practices and anchored in the local communities’ identity. This has contributed to its ability to provide food and livelihoods for people in the Yucatan Peninsula for at least 3,500 years.

Diversity of activities associated with the Maya Milpa also includes means of livelihood such as hunting, gathering firewood, charcoal or construction materials, gardening, livestock breeding and medicinal plants. Today, diversification through beekeeping, agrotourism and gastronomy are also being explored to tackle the rural exodus by offering opportunities for younger generations.

The GIAHS of Figuig in eastern Morocco, linking the municipality of Figuig and neighbouring AbbouLakhal, is remarkable for the way in which it knits together pastoralist and farming communities. AbbouLakhal hosts extensive grazing lands on which nomadic communities have been practicing pastoralism for centuries. These populations have always traded with Figuig farmers who developed smart cities, called Ksour and based on water springs. This system hosts a wide range of agrobiodiversity including local sheep breeds and endemic date palm varieties that sustain farmers’ and herders’ livelihoods. Trade and agreements between the two communities have allowed them to balance and absorb the variation of yields and forage availability in order to best sustain their livelihoods.

The oasis gardens and water resources have been sustainability maintained and distributed among communities through collective management based on customary rights. The GIAHS of Figuig has long been considered as one of the most impressive oases in the country, where local traditions have survived colonization and ensured the survival of communities in the middle of the desert since the days of trans-Saharan trade, when it was a key staging post.

The Mountains of León multipurpose agrifood system in northwestern Spain has for centuries contributed directly to the food security and the livelihood of local communities. The area hosts a remarkable diversity of land uses with forests (chestnut groves, beech forests, birches, junipers, oak groves), pastures and areas under cultivation. This allows the coexistence of agriculture, livestock, forestry, gathering, hunting and fishing in the same space, giving the area great agroecological value.

Amid the uniqueness of the Mountains of León, the ability of its inhabitants to domesticate, maintain and adapt agricultural biodiversity has resulted in the conservation and safeguarding of unique native species such as Brown and Indian Rooster of Leon, which needs a very specific environment for breeding; the Mantequera Leonesa bovine species, prized for its dairy products and the distinctive Hispano-Bretón horse. The beauty and recognition also provided by the seven Biosphere Reserves that coexist here in direct harmony with the agricultural systems makes for a combination of attributes hard to find elsewhere in the world. 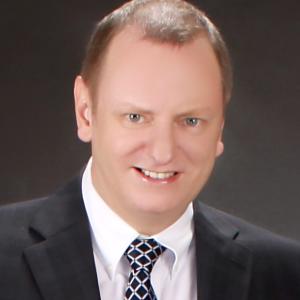 FAO
Food and Agriculture Organization of the United Nations