The UN Thailand celebrated a partnership with a rural school in the northeastern province of Buriram for the localization of Sustainable Development Goals (SDGs) with grassroots communities in Thailand, ahead of UN Day which is 24th October of every year.

UN Resident Coordinator in Thailand Deirdre Boyd and UNCT representatives on Tuesday visited Mechai Bamboo School in Lamplaimat District, Buriram province, to celebrate the achievement of the school in translating SDGs into the local reality.

Founded by prominent Thai activist Mechai Viravaidya, Mechai Pattana School has innovative learning methods with a focus on sustainability and environmental conservation since it was founded in 2008. To enroll in this school, parents and students do not have to pay school fee but plant 800 trees in total and participate in community service for 800 hours per year.

On occasion, students of Mechai Pattana School, along with students from 18 schools across the North East Region of Thailand came together and pledged to be a champion in localization of Sustainable Development Goals (SDGs) in their communities.

“We, the undersigned, uphold, communicate and implement the SDGs in their schools and in the surrounding villages to improve the quality of life for all people,” according to the pledges. UN Country Team Thailand witnessed the pledges signing ceremony.

The ceremony was part of the UN Day Celebration, co-organised by Mechai Pattana School and UN Country Team Thailand. The celebration, themed “Children are the Future”, is aimed at highlighting the role of youth and local communities in realising SDGs, and the importance of education that put sustainability at its centre.

Resident Coordinator (RC) Boyd said in driving toward SDGs, local aspirations must be heard and delivered. “The SDGs were decided on globally by all the world leaders. But they draw on the views and needs of everyone on the planet. If we want to achieve the SDGs for the world, we first have to achieve them at the local level,” said Boyd. “Mechai Pattana School and its surrounding communities have done an amazing job in making the SDGs local.”

Mechai Pattana School, which has the vision to become a hub for social and economic advancement for villagers, has had projects in line with SDGs with surrounding villages for several years. Examples of projects include waste management, water management, environmental conservation and clean energy. With only ten years to go before the 2030 deadline, the school has decided to take a bold step in implementing SDGs more thoroughly.

Mechai Bamboo school has had a workshop with villagers where villagers were educated about SDGs, reflected on which goals are the most urgent and relevant to them, then brainstormed for the aspiration for the village. They will soon meet again to set their targets and indicators, with the global framework of SDGs, in mind. 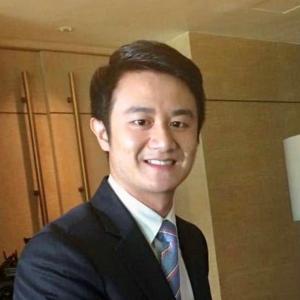